As President Trump seeks re-election, he has an inherent advantage, both as an incumbent candidate and in red states across the nation. With a GOP approval rating in the high nineties, believing that the president will have a fair time winning states, especially red ones, is not a stretch. 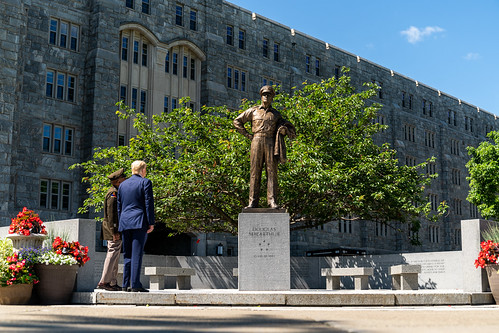 Democrats know this which is why they’re seeking to flip red states into blue states. According to Washington Examiner, Joe Biden’s campaign is spending serious capital on turning Arizona into a blue state that will ultimately vote against Trump during this year’s election cycle.

As of now, the former vice president is spending millions of dollars to run anti-Trump misinformation ads in Arizona and other states.
Likewise, Biden’s team has hired two staffers in Arizona; these staffers have the duties of promoting the Democrat nominee’s campaign while encouraging Arizona residents to ultimately vote against President Trump.

Republican strategists have indicated that Biden has an strenuous battle ahead of him as he tries to flip Arizona into a blue state. For starters, 1996 marks the most recent time that Arizona supported a Democrat over a Republican in a presidential election.
Likewise, Arizona’s center-right climate will pose an inherent challenge in convincing residents to support the increasingly radical-left Biden, explains Stan Barnes, a GOP strategist. Barnes also maintains that Arizonians who might support Biden are ultimately less likely to vote in the polls than members of President Trump’s enthusiastic base.

We have the power to achieve the transformative change that is required to move our country forward.#TeamJoe is growing every day — and nothing is going to stop us from beating Donald Trump in November. Join us: https://t.co/SMksNwxrkK

As Biden works to win over Arizona, he continues to amp up his meritless attacks against the president. This is apparent both in ads and on Biden’s social media accounts.
Do you think Biden allies will succeed in their venture to make Arizona a blue and Biden-voting state? Let us know in the comments section below!