Democrats consistently assert that their party, policies, and platforms are geared towards helping working people.
Americans see this all the time when the left calls for tax increases, more government-subsidized programs, etc. These policies are promoted as helpful for poor and underserved communities; however, Republicans have consistently pushed back against this narrative that Democrats are fighting for the working class. 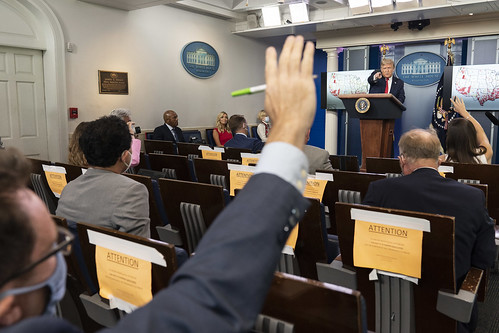 In fact, many Republicans believe that liberal policies are actually counterproductive to the very groups of people they claim to be helping. This is criticism that many Democrat leaders have faced as of late, amid riots, vandalism, and shutdowns, according to Breitbart News.

A Closer Look at Democrat Mayors and Claims of “Neglect”

As it currently stands, multiple inner cities across the nation are in disarray. Another relevant factor in this is the fact the Democrat mayors are presently in power in crumbling areas.
From Atlanta’s Mayor Keisha Bottoms to New York City’s Bill de Blasio or Chicago’s Lori Lightfoot, to say that inner cities are struggling under Democrat leadership is an objective fact.

(2 of 2) The 1619 Project says low-income blacks should not seek self-sufficiency; they should wait for reparations; the nuclear family is eurocentric and therefore racist; capitalism is suspect. – Bob W on Lou Dobbs

Due to the plights of these communities, many Americans are holding Democrat leaders accountable. In fact, community development leader Robert Woodson maintains that leftist mayors are causing “collateral damage” in the lives of impoverished individuals.
These remarks arrived during an interview with Tucker Carlson and Woodson did not hold back. The Woodson Center founder then proceeded to slam Democrat mayors for “systematic neglect” along with “treasonous behavior” and “abandonment.”
In a nutshell, Woodson made the case that Democrats in power are scapegoating law enforcement while failing to take action against crime in their own communities, hence the neglect of inner-city residents.

What are the Priorities of Democrat Mayors?

At this time, defunding the police and removing statues, rather than cracking down on crime, appear to be the priorities of liberal mayors.
Los Angeles Mayor Eric Garcetti announced his decision to defund the local police department weeks ago; so did New York City Mayor Bill de Blasio. On a similar note, Chicago Mayor Lori Lightfoot allowed local demonstrators to talk her into removing a statue of Christopher Columbus earlier this week.

I remain committed and focused on the safety of all our residents and will never let the federal government ignore or trample on your Constitutional rights. pic.twitter.com/lTWUeJBjIM

As crime surges in inner cities run by Democrats, these mayors are rejecting and pushing back against the federal government’s offer to restore law and order.
Do you believe that Democrat mayors are neglecting people in poor communities? Sound off in the comments section below!