Debate Moderators May Be Able to Cut Trump, Biden's Mics

This week’s presidential debate took the nation by storm. For 90 minutes, both President Trump and Joe Biden repeatedly sparred with one another; there were instances where the candidates clashed and spoke over each other, making it hard to hear. During multiple occasions, moderator Chris Wallace also struggled to get a word in.
Since the first presidential debate, multiple polls have shown President Trump declared as the winner by extremely wide margins; however, the next two debates, set to take place this month, may differ in certain regards. 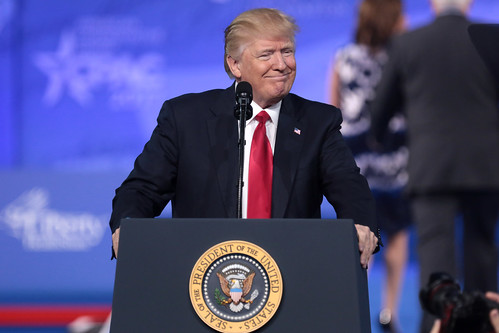 Sources confirm that the Commission on Presidential Debates is planning to issue guidelines for upcoming debates; these guidelines would reportedly give debate moderators the options of cutting candidates’ microphones.

A Closer Look at the Two Remaining Presidential Debates

Trump and Biden are set to face off for two more presidential debates. Assuming that Biden doesn’t bow out of these showdowns (like Democrats are already pushing for him to do), the two remaining presidential debates will take place on the 15th and 22nd of this month.
However, per the Commission on Presidential Debates, certain changes will be in effect going forward. Yesterday, the group issued a statement, citing the need for “additional structure” following the first sparring match between Trump and Biden.

President @realDonaldTrump: Last night, I held Joe Biden accountable for his 47 years of lies, failures, and betrayals of the American People#Debates2020 pic.twitter.com/OFbDtyqS7s

This nature of this “additional structure” has yet to be officially publicized; however, reports assert that the Commission on Presidential Debates will give moderators the green light to turn off the mics of candidates who speak over their allotted time periods or interrupt the other candidate.

The Danger of Changing the Rules

Some conservatives have already sounded the alarm against the Commission on Presidential Debates changing the “structure” and format of presidential elections. Some believe that such changes, such as allowing moderators to turn off candidate’s mics, could cause problems.

This report is still developing. Next week, Vice President Mike Pence and Biden’s running mate Kamala Harris are set to face off against one another for the vice presidential debate of 2020. The Pence-Harris debate comes with eager anticipation from many Americans; only time will tell whether or not it will be as heated as last month’s match between Trump and Biden.
What do you think about the Commission on Presidential Debates making modifications to debate structures? Should moderators be allowed to turn off the mics of candidates in the debates? Be sure to fill us in with your thoughts in the comments section below!