Leaders who implement face-covering mandates continue to struggle with enforcing them. Despite calls for people to “mask up,” many Americans have issues and objections with being forced into wearing a face covering.
As politicians realize that forcing people into masks is easier said than done, they are relying on police officers to do the job. This reliance has prompted criticism, with some people saying that turning officers into the “mask police” detractors from law enforcement resources that could be devoted to more pressing matters. 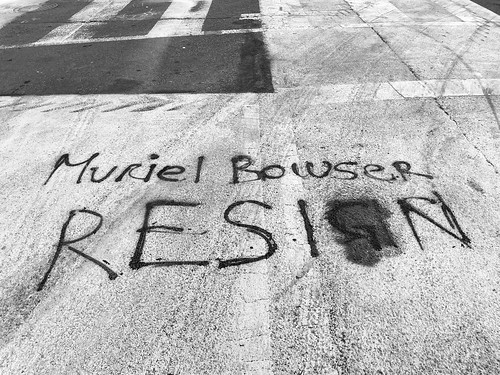 Washington D.C. Mayor Muriel Bowser (D) is one of the latest leaders to implement a mask mandate. Now, the D.C. mayor is telling businesses to call the police on customers or patrons without masks, confirms Townhall.

While speaking with reporters earlier this week, Mayor Bowser shared her tactics for getting city residents to follow her mask mandate.
The D.C. mayor stated that businesses or individuals who run across a barefaced person “should call the police.” Bowser then noted that police officers will “enforce” her requirement for face coverings.

I put on for my city.

This push for police officers to uphold mask mandates is very interesting. D.C. is one of multiple major cities across the nation that has struggled with violence, riots, and other forms of lawlessness from left-wing activists.
The D.C. mayor has not urged the police to act against crime carried out by mobs; however, she expects the police in her city to go after anyone without a face covering.

As matters currently stand, time will tell whether or not police officers in D.C. actively enforce the mayor’s mask requirement.
The irony here is that many Black Lives Matter D.C. and other left-wing groups are calling to defund the police; Mayor Bowser remains supportive of groups that wish to ax police departments, yet still expects officiers to uphold her mask command.
In an increasing amount of states and areas across America, sheriffs of various police departments are saying “NO” to upholding mask orders. Law enforcement largely maintains that they have matters more pressing than citing individuals without face masks.

Did you pack your mask for tomorrow?

For these reasons, several sheriffs departments expressed that they will not take complaints or reports about breaches of mask orders; instead, people with concerns are asked to direct their feedback to the offices of their governors.
Do you think police officers in Washington D.C. will actively enforce the mayor’s face covering edict? Let us know down below in the comments section.