Elections matter and votes matter.
With little more than three weeks until Election Day 2020, Republicans and Democrats alike are doing all they can to get people registered to vote and then have voters actively participate in the election. 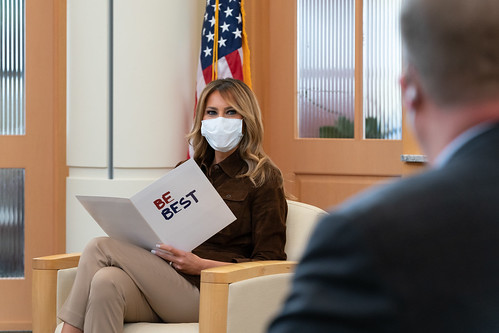 Now, some Americans have already voted. Meanwhile, millions and millions more voters will make their final decision on November 3. For both Republicans and Democrats, the number of individuals they get registered to vote can indicate the likelihood of certain wins and losses.
According to Washington Examiner, Republicans are severely beating out Democrats in voter registrations, notably in key states too.

America 2020: Getting Out the Vote

In states like Pennsylvania, Florida, Iowa, and North Carolina, GOP voter registration outweighs Democrat voter registration by tens and hundreds of thousands of individuals. The numbers also show the GOP beating out voter registration numbers that Democrats pulled in both the 2016 election cycle and the current one.
According to the Trump campaign, Republicans’ success in the voter registration arena deals with general enthusiasm. Trump 2020’s director of battleground strategy Nick Trainer maintains that “harnessing enthusiasm” is critical to getting people registered to vote and having them show up at the polls.

MUST WATCH: @LawrenceBJones3 interviews people outside Walter Reed – the enthusiasm for President @realDonaldTrump is incredible! pic.twitter.com/6m72KnZj63

Throughout the election cycle, the president has not struggled to foster enthusiasm amongst the American people. Thousands of people show up to his rallies, with many camping outside of venues days ahead of time to attend. During Trump’s time at Walter Reed Hospital, supporters gathered outside of the building to show their love and care.
Voter enthusiasm is an area where even leftists have lamented over Trump’s advantage. During the first presidential debate, the president tore into Biden, proclaiming that no one cares to come out and hear the former vice president speak.

Pushback from the Democrats

Despite the GOP’s clear lead in voter registration, Democrats have a very different spin on this state of affairs. David Bergstein, a DNC spokesman, claims that the Republican Party and Trump campaign are simply being too confident.

Good Lord, man. This is just embarrassing. Pandering at its worst.

Bergstein alleges that Democrats are overshadowing Republicans in the “voter participation” area. Likewise, the liberal spokesperson asserts that Democrats are steadily growing their number of registered voters in critical, battleground states. Bergstein did not, however, comment on the unparalleled enthusiasm that President Trump currently maintains.
Do you believe the Republican Party is beating out their Democrat counterparts in the area of voter registration and participation? Let us know in the comments section below!