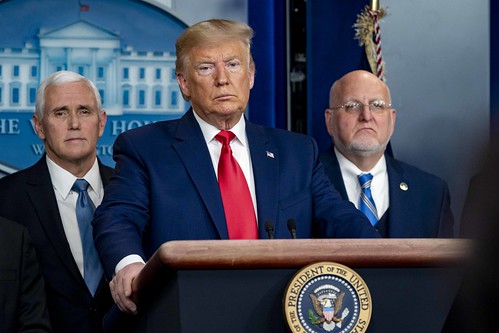 In the wake of new reports claiming surges in COVID-19, the task force returned yesterday. As Townhall notes, Friday marked the first press briefing from the coronavirus task force in nearly eight weeks.
During this time, Vice President Mike Pence and others addressed common concerns and questions that the public has regarding the transmission of COVID-19.

What to Know About the Latest Press Briefing

The event started with Vice President Pence sharing some facts and updates with the American people. Pence explained that all 50 states are currently in the process of reopening. The vice president additionally pointed out that America has reached a “stronger place” from where we were months ago and indeed “flattened the curve.”

Dr. Deborah Birx also delivered some remarks to the press during yesterday’s coronavirus task force press briefing. Birx explained that the overwhelming majority of individuals at risk are over 80 and/or battling certain health complications.
The doctor also advised Americans younger than 40 to get tested in light of rising cases in people 35-years-old and younger.

Are Riots Causing the Spread of Coronavirus?

As violent riots and protests break out across the nation for weeks on end, many Americans have begun questioning whether or not these gatherings are spreading coronavirus. During these riots, many participants do not wear face masks, nor do they partake in social distancing.

By calling on the American people to embrace the mitigation efforts put forth by President @realDonaldTrump and America’s Governors, our best scientists believed that we could reduce the number of American fatalities to a number ranging between 100,000 and 240,000. pic.twitter.com/6Gt6PFwUOH

At yesterday’s coronavirus task force briefing, Dr. Birx stated that riots across the nation have hurt testing capabilities in certain areas. Sadly, some of the violent demonstrators who engaged in looting CVS stores damaged several kits used for coronavirus screening.
The rise of coronavirus in individuals of and below 35-years-old may also be attributed to the riots and protests which have gone on for weeks now. These gatherings still maintain as many groups on the left congregate to rip down statues before setting them ablaze.
What did you think about Friday’s coronavirus task force briefing? Do you believe that daily updates to the press should resume? Let us know down below in the comments section.