For quite some time, the left has expressed an urge for police reform in the United States. Democrats maintain that law enforcement is “systemically racist” and, therefore, in need of structural change. Some more radical voices are even in favor of defunding the police, much to the chagrin of many Americans. 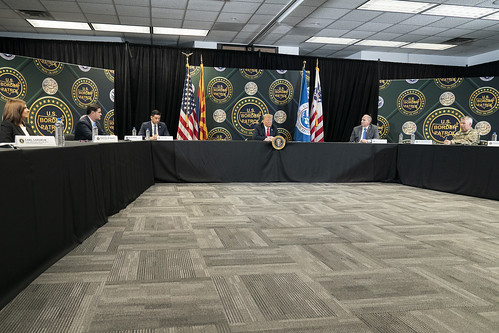 When words and actions conflict, however, this can cause problems. Earlier this week, the GOP put forth police reform legislation, authored by South Carolina Sen. Tim Scott (R). However, as explained by Fox News, it didn’t take much time for Democrats in Congress to ultimately shut this bill down.
Such a move has prompted conservative criticism that police reform may not be the true interest of Democrats after all.

An Overview of Police Reform Legislation Rejected by Democrats

In legislation by Sen. Scott, police would have faced greater prerequisites for reports on use-of-force, monetary incentivization to end chokeholds, tracing for “no-knock” warrants, and more.

This wasn’t good enough for Democrats, however. As a matter of fact, House Speaker Nancy Pelosi even went as far as accusing GOP congressmembers of trying to “get away with murder.” Other liberal lawmakers professed that Sen. Scott’s legislation should have terminated qualified immunity for officers and outrightly banned chokeholds.
In order for the legislation to advance, it would’ve needed 60 votes. While 53 GOP members voted in favor, too few Democrats followed suit.

Democrats’ rejection of the police reform bill prompted steely and strong criticism from the South Carolina Republican.
Scott accused the Democrat Party of misusing its overwhelming “monopoly” on African-American voters. Likewise, the senator criticized the notion that Democrats are “a party that reaches out to all communities.”

Senate Dem's didn't torpedo the JUSTICE Act because of what's in it. They just couldn't tolerate or allow @SenatorTimScott, a Republican, receiving the credit.

It's all quite telling… pic.twitter.com/wet9jMVzvE

Sen. Scott also warned that more negative events will likely occur due to Democrats’ rejection of police reform. After stating that congressmembers will find themselves “right back here,” Scott explained the missed opportunity to have already brought about change.
Other Republicans also joined the South Carolina senator in censuring Democrat colleagues.
Conservatives in Washington maintain that Scott’s membership within the Republican Party is why Democrats ultimately rejected police reform legislation. Others have implied that the left’s true interest lies in the abolition of law enforcement, rather than reformation.
Why do you think Democrats rejected legislation that would have brought about significant police reform? Do you think this decision was politically motivated? Let us know down below in the comments section.