In the United States, there is a culture war regarding iconic statues across the nation. Many folks on the left are all in favor of tearing down memorials, statues, etc. that are linked to the Civil War, Confederacy, or anything else along those lines.
Of course, conservatives are pushing back against this. Republicans maintain that history should not be torn down, but rather learned from, even if these lessons are not always easy. 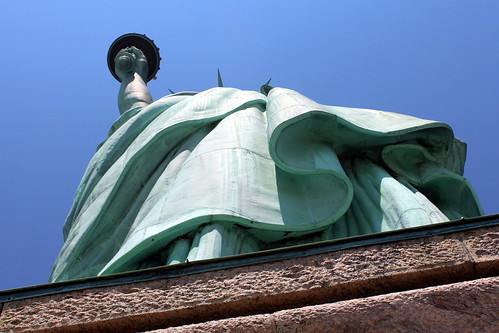 The partisan disagreements regarding tearing down memorials and statues have spilled over into news networks.
In fact, hosts from the left-leaning CNN and right-leaning Fox News recently landed in a war of words about whether or not statues should come down, reports Breitbart News.

The Sparring Match Between CNN and Fox News

On Tuesday, Fox News host Tucker Carlson slammed Illinois Sen. Tammy Duckworth (D) for endorsing the potential removal of statues memorializing former President George Washington. Carlson ripped into “morons” like Duckworth, stating that they have no right to “scream commands” at the nation.
Carlson also claimed that his team contacted the Illinois senator to invite her on the show, yet Duckworth’s team demanded a “public apology” for Carlson’s previous criticisms.

The strong words against Duckworth prompted CNN to jump to her defense. CNN host Brian Shelter slammed Carlson for “toxicity,” stating that conversations about hatred of America should be “beneath any cable news host.”
Calls to rip down statues, memorials, and monuments have intensified the debate about whether or not Democrats hate the nation. In this week alone, some Democrats have called to completely “overthrow” American systems that they also allege are rooted in “white supremacy.”

In criticizing Tucker Carlson, CNN’s Shelter did not weigh in on the former’s points about statues in America.
However, the GOP has ramped up legal action to stop the vandalism and destruction of memorials. President Trump signed an executive order that penalizes the behavior with ten years in jail. Similarly, GOP Leader Kevin McCarthy has announced legislation to penalize states and localities that neglect to protect their memorials.

The Democrat Party has given up on America. All they want to do is tear it down.pic.twitter.com/jtS0yf6NPu

The debate of whether or not to tear down statues remains ongoing. This marks a significant point in the present culture war regarding the fate of America’s future.
Do you believe that America should destory our history or learn and grow from it? Also, do you think that Sen. Duckworth should have accepted Tucker Carlson’s invitation to appear on Fox News? Let us know in the comments section below.