In the United States, “cancel culture” has faced an increasing amount of backlash and criticism. Many Americans have tired of the often-leftist push to cancel individuals who make controversial remarks or statements. 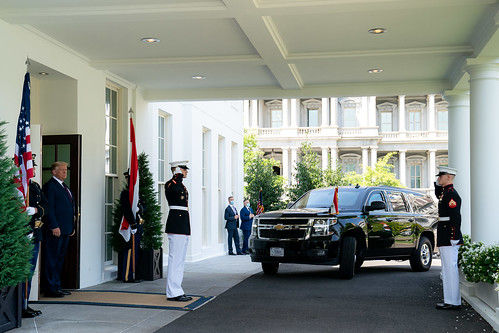 Over the course of recent months, though, cancel culture has also presented itself in new forms. Left-wing activists continue to organize in favor of canceling law enforcement and police officers; virtually everyone in America has seen this as AntiFa and Black Lives Matter call to defund and abolish the police.
On the third night of the Republican National Convention, cancel culture in the United States faced a strong rebuke, documents Breitbart News.

A Closer Look at the Rebuke of Cancel Culture

On Wednesday night, Republican Sen. Marsha Blackburn from Tennessee spoke before the nation. In doing so, Blackburn lauded the military and law enforcement communities as heroes. Furthermore, the conservative senator informed the country that Democrats will not be allowed to cancel these heroes.

Blackburn held nothing back; she warned that without inspirational heroes like police, the military, and Immigration and Customs Enforcement (ICE), the government will have free reign to control the nation. In follow-up statements, the Tennessee Republican also praised the courage, bravery, and “sense of service” within America’s heroes.
The conservative senator later pointed out the double standard in forcing certain businesses to close while others remain open.

The Politics of Cancel Culture

Like many aspects of American culture, cancel culture has become extremely politicized. While left-wingers are not immune from cancel culture by any means, conservatives are much likelier to be on its receiving end and there are many examples to prove this.

Before Kamala Harris became Joe Biden’s running mate, she encouraged Twitter to suspend President Trump’s account; Twitter, however, declined to follow Harris’ wishes.
Weeks ago, America’s Frontline Doctors had video footage of them talking about coronavirus and hydroxychloroquine taken off social media platforms. Leftists rushed to deem America’s Frontline Doctors as liars while asserting that the nation should believe Dr. Anthony Fauci without question.
Tonight, Republicans will host the fourth and last night of the 2020 GOP National Convention. New speakers will begin to address Americans from the podium at 8:30 PM, Eastern Standard Time.
What do you think about Sen. Marsha Blackburn’s commentary on America’s heroes, law enforcement, and cancel culture? Be sure to share your thoughts with us down below in the comments section.