Calls Increase for Biden to Choose WoC as Running Mate

As Joe Biden runs his campaign to become the next president, there is an increasing spotlight on his vice presidential pick. In March, the former vice president vowed to select a female running mate; however, he also stopped short of declaring that he’d choose a woman of color. 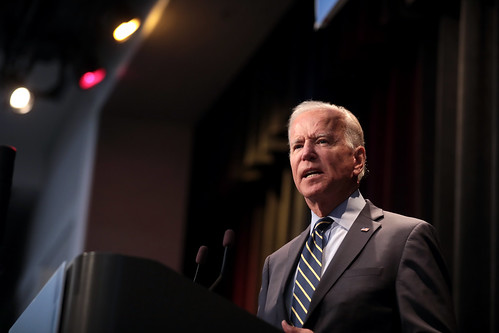 Over the past several weeks now, increasing numbers of people within the Democrat Party have stated that Biden ought to choose a woman of color.
Many black left-wingers also maintain that Biden owes it to the black community to choose a black woman as his running mate. Thus far, the Democrat nominee has attempted to appease black left-wing voters by stating that “multiple” black women are being analyzed for the VP slot.
Earlier this week, Minnesota Senator Amy Klobuchar (D) stated that she’d spoken with Biden and urged him to select a woman of color as his running mate, documents Breitbart News.

The Push for Biden to Run with a Woman of Color

On Thursday, Klobuchar sat down for an interview with MSNBC to discuss the 2020 election.
Even though the Minnesota senator herself was being considered as a prospective Biden mate, she removed herself from the list, by her own admission. Klobuchar stated on MSNBC that she told Biden that “this is a moment” for him to choose a non-white woman as his vice-presidential running mate.

During additional statements on MSNBC, Klobuchar stated that a woman of color as Biden’s running mate is a necessity to “heal” the nation. Thus far, some of the women of color allegedly being considered by Joe Biden are failed Georgia gubernational candidate Stacey Abrams, Atlanta Mayor Keisha Bottoms, and California Senator Kamala Harris.
Biden has spoken out via Twitter since Klobuchar’s decision to remove herself from his list of vice-presidential candidate prospects. The former vice president lauded Klobuchar’s “grit and determination” before professing that he will “beat Donald Trump” with her assistance.

Amy — from the moment you announced you were running for president in a snowstorm, it wasn't hard to see you had the grit and determination to do anything you set your mind to. You know how to get things done. With your help, we’re going to beat Donald Trump. https://t.co/4kquPZtSV9

Who do you think Joe Biden will choose as his running mate? Let us know in the comments section below.