In the name of stopping coronavirus transmission, California Governor Gavin Newsom has issued directives that have landed him in several lawsuits; the California governor also remains faced with social pushback as state residents openly revolt against him and his directives.
To date, one of the most controversial moves of Newsom is his considerable moves against the religious community. The California governor has signed executive orders that ban residents from singing and chanting, two acts that play a significant role in religious worship. 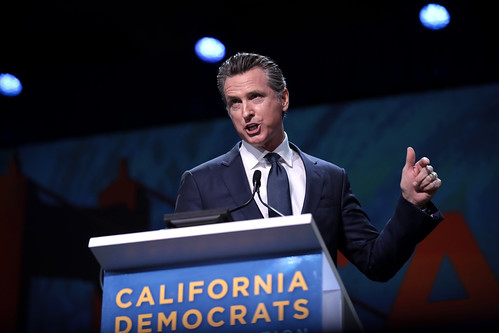 Newsom is furthermore responsible for executive orders demanding the closure of churches; however, reports from Breitbart News confirm that multiple churches in the Golden State are outrightly refusing to shut their doors, despite orders from their governor.

Put simply, California churches are providing “biblical [cases]” for remaining open. A pastor for Grace Community Church penned a letter stating that Newsom has superseded his “God-ordained authority” by demanding the government dictate whether or not churches remain open.

Our businesses are being destroyed because of the unnecessary lock down, and all you continue to say is wear a mask, unbelievable.

Furthermore, Grace Community Church’s “faithfulness to Christ” is why they and others refuse to follow orders from Newsom. Other churches in California are also maintaining that support from the government is not required for them to gather with one another and praise God.
Grace Community Church and other similar houses of worship are also hoping that their position inspired other churches to take a stand against the California governor’s orders.

The California governor has previously faced lawsuits for his decision to force churches into closing their doors. While courts ruled that Americans have the right to worship, Newsom is claiming that surges in new COVID-19 cases grant the state the right to order shutdowns of churches.
At this time, freedom of religion remains a constitutional right for all Americans. Many people in California and across the nation maintain that religious and constitutional rights do not disappear even in the middle of a “pandemic.”

Even Fauci gave up his lie…face mask dont do anything but make the wearer feel virtuous. pic.twitter.com/vPH5MBb911

Pushback against Newsom’s order for churches to shut down arrives as the California governor continues urging residents to wear masks. These urges have caused Newsom to be branded as recklessly out of touch with the plights that many California residents continue to face.
What do you think about California churches remaining open and defying the governor’s orders? Does Newsom have the right to force religious houses of worship to close their doors? Let us know down below in the comments section.