Since his time on the campaign trails, Biden has repeatedly sought to undermine and minimize the positive impacts of President Trump’s economic policies.
This includes false claims about Trump only reducing taxes for giant corporations and wealthy Americans; Biden and his allies also continue to spread the false rumors that working-class Americans aren’t seeing any tax reductions or economic benefits from Trump-era policies. 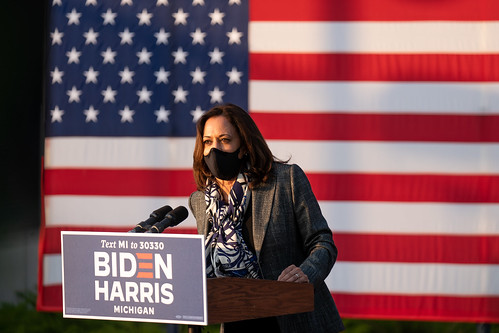 Of course, the truth has come out and it turns out that Biden is merely projecting his own shortcomings onto Trump. As a matter of fact, Washington Examiner confirms economists’ warnings that Biden’s tax plan would kill at least three million jobs in the United States.

What to Know About the Dangerous Biden Tax Plan

In a nutshell, the Biden tax plan would engender tax hikes on capital income and labor income. Over time, these taxes would cause fewer full-time workers while also triggering between a 4%-5% decline in federal income and gross domestic product.
Economists across the board have confirmed that despite the 2020 Democrat nominee’s vows to “build back better,” his tax plan would actually stifle the growth of the economy.

Joe Biden has to look through his notes in order to figure out what is in his own tax plan pic.twitter.com/MoeAX5b4dj

Many, if not most, Americans can agree that economic suppression is the last thing this nation needs, especially in light of job loss, permanent business closures, and financial calamity triggered by COVID-19 shutdowns.
Thus far, the Biden campaign has yet to provide a statement regarding economists’ worrying findings on his tax plan.

Criticism from the Trump Campaign

President Trump’s re-election campaign has repeatedly slammed Joe Biden. Trump’s allies view Biden’s claims that he can fix the nation as ludicrous, considering Biden’s 47 years in government with little to show for it.
The president himself also hasn’t hesitated to put his record up against the former vice president’s. Trump repeatedly explains that his 47 months in office have garnered more positive results for Americans than Biden’s 47 years.

I did more in 47 months as President than Sleepy Joe Biden did in 47 years! #MAGA pic.twitter.com/EzcAswmrYE

Furthermore, critics of the former vice president have asked another question of Biden: if he has all these ideas to fix the nation’s problems, why didn’t he share any of them with his now-former boss Barack Obama?
Between Biden’s political history and surging signs of cognitive decline, millions of Americans are not choosing to place their faith in him.
Are you surprised to learn that Biden’s tax plan would send millions of jobs down the drain and cripple American workers? Don’t be afraid to share your thoughts with us down below in the comments section.