Last week, Joe Biden stood before the nation and accepted his party’s nomination to run for president.
The former vice president talked about light, darkness, hope, fear, President Trump, and his (Biden’s) promise to instate a nationwide mandate for face coverings if elected into office. Democrats lauded Biden’s speech, claiming that he sincerely spoke to the people and conveyed true leadership. 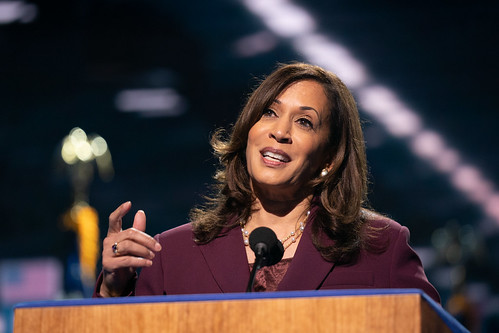 In the days after Biden’s speech, news spread that segments of his remarks were verbatim to the speech that a Canadian politician delivered in 2011 before he died. Since this development, critics of the former vice president have accused him of plagiarism.
Now, new information from Breitbart News confirms that Biden’s speech at the Democratic National Convention did not do him many favors in the polls.

According to polling from Morning Consult, the former vice president retained 51% of support among the nation’s likely voters.
Following the Democratic National Convention, Biden reached 52% support from likely voters in America. Since the inception of national election polling, allies of the former vice president have repeatedly touted polls that show Biden leading Trump.

Other Americans have noted that polling is not always indicative of election outcomes. During the 2016 election, Hillary Clinton led Trump in the polls, yet lost to him at the ballot box. Furthermore, more recent polls have shown Trump narrowing the gap between him and Biden in certain states.
Americans can expect to see new polling data following this week’s Republican National Convention.

What to Expect from Biden Between Now and November

Last week, Biden gave his first media interview with running mate Kamala Harris by his side.
During this time, the former vice president confirmed that he would shut the nation again as president if scientists advised him to do so. Since making this announcement, Biden has gone on Twitter and attempted to justify such a call, amid intense backlash.

As president, the first step I will take will be to get control of the virus that's ruined so many lives.

Because I understand something this president doesn't.

We will never get our economy back on track until we deal with this virus.

Additional reports have surfaced that Biden and Harris may not ever campaign in person between now and November. Apparently, Biden’s campaign is confident in his ability to reach voters virtually from his Delaware basement.
President Trump, on the other hand, has increased his in-person campaigning. In fact, the president will speak every night during this week’s Republican National Convention.
What do you think about Biden’s stagnant polling following the Democratic National Convention? Be sure to let us know in the comments section below!