Over the past several months, Joe Biden has maintained a notable absence from the press. For months on end, in fact, Biden campaigned from his basement, hosting virtual events while taking shots at President Trump on a regular basis. 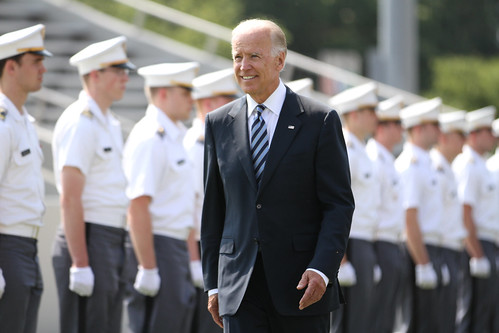 Only in the past few weeks has Biden ventured from his Delaware basement and directly engaged with reporters. Speculations about the former vice president’s mental fitness, cognitive abilities, etc., still continue to rise as time goes on.
Now, some people are suggesting that Biden’s team is doing all they can to block him from having unfiltered interactions with the media.
Events from earlier this week seem to confirm these suggestions. On Tuesday, the 2020 Democrat nominee outrightly refused to answer questions from reporters, as documented by Breitbart News.

Why Won’t Biden Answer Questions from the Press?

Earlier this week, the former vice president gave a speech to discuss getting Americans back to work and what it means to be a president. These remarks arrived in spite of Biden’s support for extremely far-left policies that would kill countless jobs.

My plan to create a 21st century care and early childhood education workforce will put 3 million Americans to work — and free up millions more people to join the paid labor force.

It's a fresh, bold approach that will help us recover faster and stronger. pic.twitter.com/nxpwi93TEp

His talking points about what it means to be presidential are also ironic to many people. This is coming from a candidate who has insulted voters on campaign trails, challenged people to push-up contests, and mocked members of the press. Weeks ago, Biden also came under fire after claiming that black Americans are not black if they’re unsure about whether to back him over President Trump.
Towards the end of the former vice president’s statements on Tuesday, he refused to answer questions from the media. Biden professed to have another event on his schedule; he then claimed that he’d take questions during another time before swiftly exiting the stage.

A Need for Unfiltered Interactions

President @realDonaldTrump explains why a President needs to be mentally "sharp," which Biden is not pic.twitter.com/8YlgLZvRUM

The 45th president regularly answers questions from the media, even when these questions are “gotcha” inquiries or intentionally slanted against him. This contrast only furthers certain views that Biden does not have what it takes to soundly run for office, debate against Trump, or lead a nation.
Biden’s team continues to push back against the skepticism of his cognitive and mental health.
Why do you think Joe Biden is dodging questions from reporters? Is his election team trying to minimize unfiltered interactions? Let us know down below in the comments section.