As the nominee of the Democrat Party, Joe Biden is milking every opportunity to weasel his way into the White House. Despite this, the former vice president continues to put his foot in his mouth and make statements that don’t help his cause.
Weeks ago, Biden came under fire after an interview with The Breakfast Club. During this interview, the former vice president claimed that any black Americans who struggle between supporting him over Trump “ain’t black.” Biden later apologized and walked back these remarks after intense backlash. 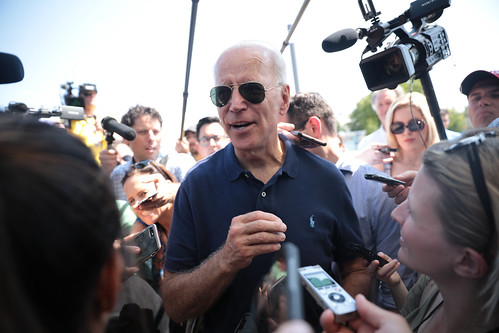 Now, the 2020 nominee for the Democrat Party is putting forth a policy plan for black Americans. As noted by Fox News, Biden’s so-called plan denounced “race-neutral” policies.

The Biden Plan for Black America

Yesterday, the former vice president professed the need to take on “systemic racism” in America. The narrative of the United States being systemically racist is one that Democrats continue to push, despite a lack of solid evidence.
Biden didn’t deviate from this narrative whatsoever. In his policy plan for black citizens, Biden stated that “entrenched disparities” are blocking blacks from the American Dream. Not long afterwards, the former vice president claimed that he will take on issues in the education system and healthcare system, along with the racial wealth gap.

I’ve done more in less than 4 years than Biden’s done in more than 40 years, including for Black America. Biden has been a part of every failed decision for decades. Bad Trade Deals, Endless Wars, you name it, he has shown a complete lack of leadership. He’s weak & shot!!!

He didn’t stop there, though. In keeping with the false narrative that African-Americans are inherent victims, Biden vowed to back programs and loans specifically for black-owned businesses.
Some Americans have questioned the premise behind Biden’s claims about black America. Others challenged Biden on what he’s been doing throughout his decades in the United States government.
What do you make of Joe Biden’s plan for black Americans? Do you believe the Democrat narrative that black people are innately oppressed and incapable of achieving the American Dream via hard work? Let us know in the comments section below!