The 2020 presidential election still remains underway, despite all that is happening in the world. Earlier this week, Americans learned that President Trump is recommencing his in-person rallies, with the first one taking place in Tulsa, Oklahoma next Friday.
As Trump continues running for re-election, Joe Biden is doing all he can to derail the president from winning a second term in office. Part of this entails spreading disinformation about Trump, calling him racist, and otherwise stoking fear in America. 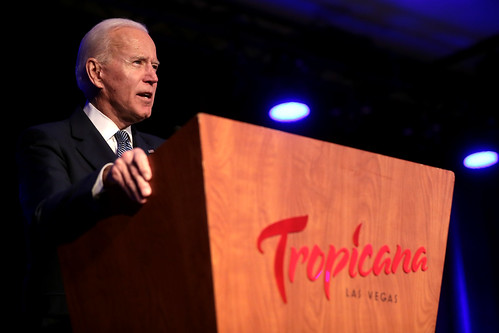 Yesterday, the former vice president engaged in an interview with The Daily Show. During this period, Biden discussed the possibility of Trump losing the 2020 election, yet subsequently declining to leave the White House, notes Washington Examiner.

Biden on the Military Escorting Trump from the White House

When speaking with The Daily Show, Biden implied that if the president loses the 2020 election, he may not want to leave the White House. The Democrat nominee then went on to claim that if this happens, he believes the military shall ultimately remove Trump from the White House “with great dispatch.”
Biden didn’t stop there, however. He also made the unfounded claim that the president will try to “steal” the 2020 election. Apparently, Biden believes that opposition to mail-in voting constitutes Trump trying to sway the election in his favor; this is simply not accurate, however, Biden is not the first Democrat to make this claim.

"My single greatest concern: This president's gonna try to steal this election."

"I promise you I'm absolutely convinced [the military] will escort him from the White House with great dispatch." pic.twitter.com/e18h1k3OKc

Seeing the military escort Trump from the White House is no doubt a dream of Biden’s; however, this isn’t something he should be too worried about. The president is not going to lose the 2020 election; what Americans are seeing now is yet another handpicked, DNC establishment candidate going up against Trump.
The same outcome of 2016 will repeat itself yet again this year.
Do you think Biden stands a chance of winning the 2020 presidential election? Sound off in the comments section below!