Earlier this month, President Trump sat down for an interview with Fox News host Chris Wallace. During this time, Wallace asked Trump a series of questions about coronavirus, policy, and the 2020 presidential election. At certain points, Wallace pushed back against various responses from Trump; nevertheless, however, the president still held his own. 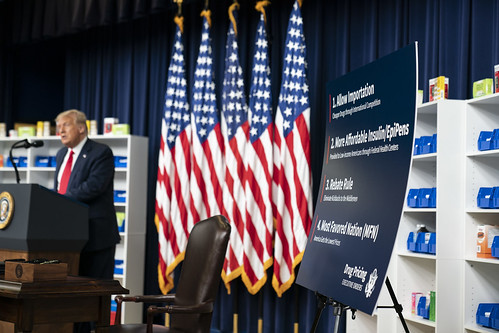 Following the commander-in-chief’s interview with Trump, Americans have questioned whether or not Joe Biden would also sit down for a discussion with Fox News’ Wallace. Apparently, though, the former vice president has no plans of doing this anytime soon.
Washington Examiner reports Biden’s decision to dodge an interview with Fox News, with the Biden campaign stating a lack of availability as the reason why.

From an objective standpoint, there are a series of reasons behind the former vice president’s refusal to interview with Fox News.
For starters, Biden and his team have worked overtime to keep him away from direct, unfiltered interactions with reporters. Just last week, the former vice president gave a speech, but then declined to answer questions from press members afterwards.
Fox News’ conservative leanings also increases the likelihood that Biden would be challenged on certain policies; as it currently stands, the former vice president lacks a favorable track record when facing direct challenges. During past instances, Biden has lashed out at voters and reporters in inappropriate manners.

Fox’s Chris Wallace: "In our interview last week with President Trump, he questioned whether his opponent Joe Biden could handle a similar encounter. Well, we asked the Biden campaign for an interview and they said the former VP was not available. We'll keep asking every week.” pic.twitter.com/5BIbp6dQ02

During Wallace’s segment on Fox News, he noted Biden’s refusal to sit down for an interview. The host stated that the network will “keep asking every week” to see if Biden’s availability ever clears up.
Many Biden critics have seized this instance to question his ability to participate in a difficult interview. President Trump even opined that Biden would wind up “on the ground crying for mommy” after a conversation with the Fox News host.

A Lack of Exposure

Chris Wallace and others have maintained that Biden will not be able to filter his interactions with the press as the 2020 election goes on.

In Biden's America, crime will rise and you and your family won't be safe!!!pic.twitter.com/skSQnsJ96Y

This sentiment arrives at a time where the Trump campaign continues to zing Biden’s manner of dealing with reporters. In fact, multiple Trump campaign officials have stated that Biden’s team is intentionally hiding the former vice president to avoid more embarrassing incidents.
Do you think Joe Biden will ever sit down for an interview with Fox News? Let us know what you predict in the comments section below!