In presidential general elections, there are several key voter demographics that make huge differences. As such, candidates seeking the White House have a tendency to reach out to these voters as a means of solidifying their own political positions. 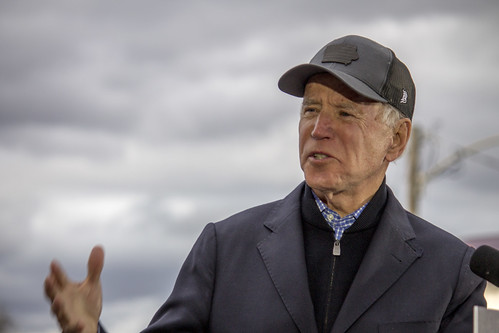 Right now, Joe Biden and his team are working overtime to make Trump a one-term president. Several polls have shown the former vice president ahead of Trump; however, members of the Trump 2020 campaign recently came out and noted that national polls are surveying significantly more Democrats than Republicans.
Now, reports from Washington Examiner show that Biden is focusing on winning support from senior citizens and retired voters.

Right now, Biden’s presidential campaign is set to spend nearly $15 million dollars on advertisements in swing states; it’s no secret that many older voters reside in areas like Florida and Arizona.
In these advertisements, the former vice president will, yet again, take aim at how President Trump has responded to COVID-19. Some common Biden talking points assert that the president has ignored the virus or merely attempted to wish it away.

Tonight, Jill and I are thinking about the 150,000 families left emptier by this virus.

To anyone who’s struggling, sick, or wondering how they’ll get through the day: know that I will not abandon you.

We’ll fight through this crisis together, and emerge stronger than ever.

In actuality, however, Trump has repeatedly consulted health officials on appropriate mitigation strategies. Earlier this year, the president implemented a travel ban that health officials later praised as effective; this is the same ban that Biden and his allies called racist and xenophobic, only to then walk back these claims.
Due to older voters being more at risk of coronavirus, Biden’s ads will play on fears of the virus in hopes of steering support away from President Trump.

How is President Trump Doing with Older Voters?

Earlier this month, a Fox News poll showed that 46% of senior citizens support President Trump; this same poll also documented 51% of senior citizen support for Biden. This data is presumably a factor in the former vice president’s decision to turn attention to older Americans.

In 100 days, we have the chance to set our nation on a new path. One where we finally live up to our highest ideals and everyone has a fair shot at success.

Collectively, many older voters tend to lean right-of-center and vote Republican. This, in and of itself, bestows Trump with an advantage that Biden does not have. Furthermore, throughout the president’s response to the coronavirus, he has gone above and beyond to shield nursing home residents.
All things considered, support from senior citizens will play a major role in the outcome of the 2020 presidential election.
Do you believe Joe Biden will be able to persuade older voters to turn against President Trump? Let us know your thoughts in the comments section below.