For a period of time, Joe Biden’s presidential campaign decided that flipping Texas blue was an option for them. Much to the amusement of the president’s re-election team, Biden and his handlers decided to dump money into campaigning in the Lone Star State with the hopes of turning residents off from voting Trump.
Texas is a strong, conservative state and it appears poised to remain so. Despite Biden’s ads and attempts to reach residents of the Lone Star State, his policies are hurting him every time. A promised ban on fracking, mandatory gun buybacks, shipping jobs overseas, etc., are turnoffs to Texans each and every time. 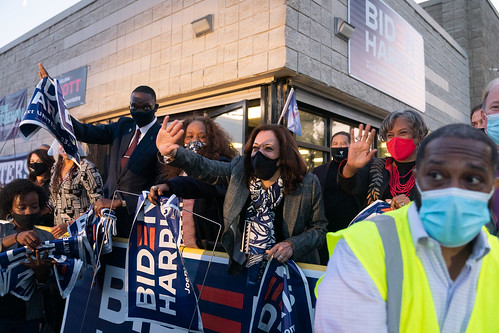 Reports from Washington Examiner show that the former vice president is finally realizing that he’s not going to make a conservative stronghold like Texas turn against President Trump; therefore, the Biden campaign is now shifting its focus to states like Georgia, Ohio, and even Iowa.

Breaking Down the Strategies of the Biden Campaign

In a nutshell, Biden is seeking to compensate for Trump’s innate advantage as an incumbent president by winning states that voted for Trump during the 2016 election cycle.
This explains the Biden campaign’s fixation on Georgia. The Peach State voted for Trump last election; however, the 2020 Democrat nominee aims to change this by appealing to black voters in Georgia. To do this, Biden is putting out ads about his plan for prison reform while also touting the fact that Kamala Harris is his vice presidential candidate.

A similar narrative rings true in Ohio and Iowa as well. Ohio is a traditional swing state in presidential elections and one that Biden hopes will take him across the finish line come November. Likewise, the former vice president is working on appealing to Iowan senior citizens, with Iowa being another state won by Trump in 2016.

How Well is the Biden Campaign Doing?

Political strategists ultimately have mixed feedback about whether or not Biden stands a chance of winning Iowa. Despite marketing himself to senior citizens in the state, Iowa has fewer liberals than conservatives.
Ohio, as a traditional swing state, remains in questions…as does Georgia. Last week, President Trump, too, visited Georgia and campaigned to win the support of black voters.

I was honored to be back in Georgia with a truly incredible organization—BLACK VOICES FOR TRUMP, where I announced a brand new plan to deliver more opportunity, more security, more fairness, and more prosperity to black communities. #ThePlatinumPlan https://t.co/wBqUTUOVR6

Black Voices for Trump and other conservative groups believe that the media is underestimating just how much of the black vote Trump will win in 2020. This, of course, would severely complicate Biden’s hopes of winning over the Peach State. Right now, President Trump is also leading Biden by a few points in Georgia.
Do you think Biden has a chance of winning states like Texas, Georgia, Iowa, and Ohio? We want to know what your predictions are in the comments section below!