Democrats have, by and in large, embraced calls to defund the police. Despite this, top and prominent leftists will not defund or let go of their own personal security details. This has caused some Democrats to come under fire for what many Americans view as outright hypocrisy. 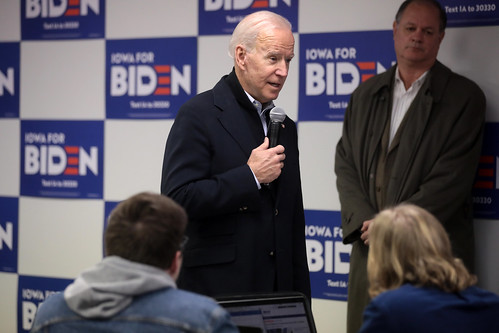 Morale among police officers in the United States is down big time. More and more officers are walking off the job and resigning, a phenomenon being dubbed as “blue flu.” There are also increasing reports of law enforcement members being denied service in restaurants or having their food and drinks tampered with.
Now, a close aide of Joe Biden is under fire for posting and sharing anti-police content on her social media accounts, according to Fox News.

What to Know About the Biden Aide Under Fire

Sara Pearl, a videographer for Joe Biden’s 2020 presidential campaign, is the staffer presently taking heat for social media posts that she’s since deleted.
In one post, Pearl urged people to stop calling police officers “pigs,” stating that pigs are “sweet, intelligent and compassionate,” while collectively writing off law enforcement officers as “monsters.”

Biden campaign staffer mocked cops as worse than 'pigs,' called for defunding police. The videographer, Sara Pearl, also retweeted a user's comment that while "pigs are sweet, intelligent and compassionate," police officers are "monsters" who "don't deserve to be called pigs." pic.twitter.com/llF9DH3NC0

Additionally, the Biden aide has called to “#DefundPolice” and withdraw funding from the Buffalo Police Department. The anti-police sentiment continues though, with Pearl criticizing the National Rifle Association’s acknowledgment of an officer who lost his life to a sniper a few years ago.

Response from the Biden 2020 Campaign

At this time, neither Joe Biden nor his campaign has issued any public statements regarding the posts and rhetoric of Pearl.
Americans who are waiting for this to change should not hold their breath. Biden, himself, has openly gone on the record and supported defunding the police. Moreover, the former vice president has accused certain members of the law enforcement community of being “the enemy.”

SARA PEARL…Please set the record straight. You obviously support this position. You chose to represent us. Please respond. I hope you don't live in a secure building. Now that would not be fair to the rest of us minions. pic.twitter.com/6XR041PiTM

Conservatives and other Americans with respect for police officers have descended upon Sara Pearl and the Biden camp with criticism. Many are taking the campaign’s silence as a subtle agreement with the talking points espoused by the videographer.
The Trump campaign and administration maintains that so long as the 45th president is in office, this nation will never defund the police.
Are you surprised that one of Biden’s campaign aides is on record bashing and trashing the men and women in uniform? Do you expect the former vice president’s campaign to make an official statement on this matter? Let us know down below in the comments section.