Presumptive Democrat nominee Joe Biden cannot escape the haunting rape allegation against him.
Towards the end of March, former Senate staffer Tara Reade came forward with serious allegations against Joe Biden. On the Katie Halper podcast, Reade maintained that Biden forced her against a wall, pushed his hands under her clothes and then forced his fingers inside of her.

You can read the transcript here https://t.co/ozS7MeFclm (3/?)

While Biden’s campaign denies this alleged incident, Reade continues to affirm that the aforementioned events occurred in 1993 when she worked for Biden.
Over the weekend, Reade went to the Washington D.C. police and formally filed a criminal complaint against Biden, reports The Daily Caller News Foundation.

Reviewing the Criminal Complaint Against Biden

Per Reade’s account to the D.C. Metropolitan Police Department’s sexual assault unit, Biden forced her inside of a corridor, prior to pushing his hand up her skirt and shoving his fingers inside of her. Reade’s account remains consistent with the report she gave while appearing on Halper’s podcast last month.

To be clear, two interns confirmed that Reade was abruptly relieved some of her duties. And both WaPo and NY Times asked the Biden campaign for comment and somehow neither asked why she was demoted or if they did, they didn’t print why. Seems pretty weird.

When Biden faces Trump in the general election, he should expect to hear more about Reade’s allegations and answer questions.

The mainstream media has done all they can to avoid questioning Biden about Reade’s allegations. Never has the press given such lenient treatment to Republicans who faced even the hint of sexual impropriety allegations. 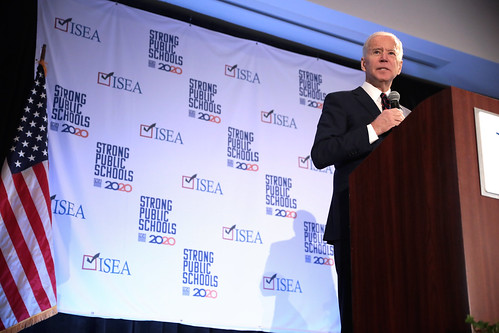 Even when the Washington Post and New York Times asked the Biden campaign to comment on Reade’s allegations, they took things very easy. Both mainstream publications failed to ask why Reade’s career took hits after the alleged assault from Biden. Significant factions of feminist groups and #MeToo spokespersons are also eerily silent about Reade’s claims against the former vice president.
Do you think Joe Biden will have to answer more questions about Tara Reade’s rape allegations? What do you think will come of the criminal complaint filed against the presumptive Democrat nominee? Sound off in the comments section below!