The Democrat Party and its supporters have largely backed and excused the behavior of the far-left group known as Antifa. When Antifa loots businesses, smashes windows, and trashes communities, the left-wing calls it “peaceful protest.”
It appears as though Democrats believed that aligning themselves with Antifa would shield them from the group’s wrath; however, the reality has shown that this belief simply is not true. 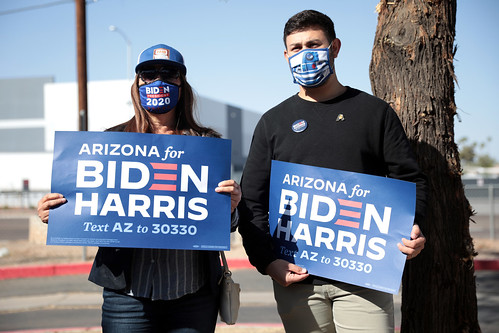 Over the past weekend, Antifa went on a rampage in Portland, Oregon. They not only trashed Portland, but also descended upon the Democrats’ Multnomah County headquarters.
While going after this location, Antifa also lashed out at Biden supporters, police officers, etc., according to Townhall.

What Antifa Really Thinks About the Democrat Party

In one of the latest Antifa riots, they made their disdain for government and democracy quite apparent. Not only did they tear up Democrats’ headquarters in Multnomah County, but Antifa also went after supporters of Joe Biden; this is in spite of Biden supporters being some of the biggest defenders and apologists for Antifa.

After writing “f*ck Biden” on the building in Multnomah County, Antifa also expressed the sentiment that “all cops are b*stards” in graffiti as well. Needless to say, some of the individuals responsible for the aforementioned crimes faced apprehension from law enforcement.
Following the incident in Portland, others had to clean up behind Antifa; this meant painting over the anarchy signs, anti-police symbolism, and anti-Biden slogans that the group defaced Democrat headquarters with.

For most of this year, Portland has maintained its position as home to violence, riots, and other similar disturbances. The city’s Democrat mayor refuses to act to restore peace and civility; likewise, Oregon’s leftist governor also isn’t making any moves to ensure that law and order is upheld.
Until leadership changes in these leftist cities, Americans can expect more similar displays from Antifa, Black Lives Matter, and other far-left, militant groups. As long as Democrats call these displays “peaceful protests” and refuse to acknowledge crime for what it is, these types of situations will only continue and worsen.

The Multnomah County Democrats building in NE Portland was smashed up tonight by antifa in a planned direct action. Almost immediately after the attack, the anarchist graffiti on the office was painted over. #PortlandRiots #antifa #BLM pic.twitter.com/WvWvZwcJjY

Thus far, liberal mayors and governors across America have made no indications that they plan to protect their communities. This is why Americans continue to learn about these outbreaks of destruction in the same places over and over again.
Are you surprised that Antifa went after Democrats, despite the left’s support and justifications for Antifa’s behavior? Let us know down below in the comments section!