As the 2020 presidential election and congressional races carry on, the anti-Trump “Republican” group known as The Lincoln Project is pulling out all stops.
Led by NeverTrumpers and “conservatives” who dislike the president, The Lincoln Project is working to elect Democrats into the White House and also into Congress. This work entails going after not only the president, but also his allies in both the House and the Senate. 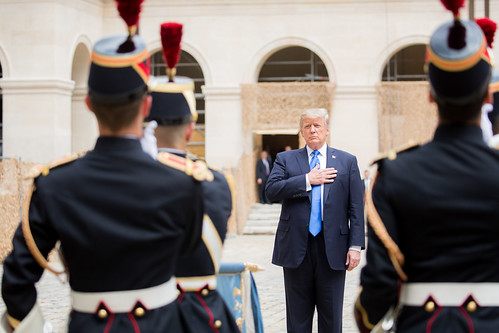 The authenticity of The Lincoln Project has come under fire on multiple occasions; many Americans believe that the “conservatives” behind it are simply seeking quick paydays to cover their back taxes and connections to the Russian government.
Now, The Lincoln Project is once again under the limelight for putting out yet another misleading ad, reports Breitbart News.

The Lies of The Lincoln Project

The ad in question entails The Lincoln Project going after GOP Sen. Steve Daines. In the footage, the “conservative” group displays bison, rolling plains, and narrations pushing for the election of Montana Gov. Steve Bullock to the Montana Senate seat.
However, upon closer inspection of the advertisement, it turns out that the ad’s scenery is not based in Montana, but in South Dakota. In fact, someone only needs to visit a stock footage site to see that images of bison shown in the ad are not from Montana.

Steve Bullock represents the best of America’s ideals. He cares about his constituents and works every day to make sure their lives are better.

We are proud to support Steve Bullock and usher in a new era of decent, fair, and honest leadership. pic.twitter.com/UxPTvZtJgp

This is far from the first time that The Lincoln Project has come under fire for dishonest and misleading advertisements. Weeks ago, Twitter actually slapped a warning on one of the group’s anti-Trump ads; this warning stated that video from The Lincoln Project contained manipulated and doctored footage.

The Philosophy of The Lincoln Project

In light of The Lincoln Project’s strong aversion to President Trump, and the vast majority of conservatives who support him, many Americans are wondering why the group’s members call themselves Republicans. The Lincoln Project’s outright support for Democrats like Joe Biden and Chuck Schumer are also contributing factors in Americans’ questions.

The president knows he can’t win from a free and fair election. Because the GDP is tanking, coronavirus is out of control, and Americans are pissed.

His only options? Delay, defraud, distract.

The short answer is this: The Lincoln Project believes that President Trump is a bastardization of conservatism. This belief is also coupled with the notion that having Trump and Trump allies in office is so terrible that electing Democrats into power is a better alternative.
However, The Lincoln Project is, in no way, indicative of where most Republicans and conservatives stand ideologically or politically.
What do you think of the latest misleading ad from The Lincoln Project? Share your views with us down below in the comments section.