Riots in America have taken place for four consecutive nights now. These riots follow the Monday death of Georgia Floyd in the hands of police custody. Since Floyd’s death, the officer who pressed his knee into Floyd’s neck has been arrested and charged with third-degree murder and manslaughter. 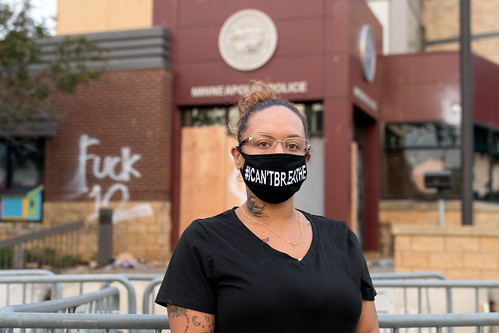 In spite of the aforementioned arrest, rioters have not backed down. Violent demonstrations continued on Friday night, this time in Atlanta. The destruction in Atlanta occurred in spite of the city’s Mayor Keisha Lance Bottoms urging residents to go home and cease violent actions.
Breitbart News reports that last night’s riot in Atlanta lasted for hours with increasing destruction and carnage against the city.

What to Know About the Riot in Atlanta

One of the hallmarks of Friday’s riot entailed the damage and vandalism against CNN’s headquarters. In addition to smashing the sign, rioters also took it upon themselves to spray graffiti on the building, break windows and scream obscenities about police officers.
In spite of the damage done to CNN headquarters, this didn’t mark the end of the riot. Demonstrators then proceeded to smash and overturn police cars before setting them on literal fire.
Footage of the shocking violence and destruction quickly made the rounds on social media.

Police cars getting literally destroyed in Atlanta outside the CNN Center pic.twitter.com/x5zRxZVQpb

Law enforcement officers in Atlanta last night attempted to get the rioters to disperse, but to no avail. After police deployed tear gas, rioters threw smoke bombs inside of CNN headquarters and at members of law enforcement.
Later in the evening, police were ultimately forced to toss flashbangs and tear gas at rioters in order to prevent them from further tearing apart the city of Atlanta.
What do you think about the riots that transpired in Atlanta last night? How much longer do you think this type of behavior will continue? Let us know in the comments section below!