As the American people tune into the 2020 presidential election, they’re seeing the differences between the Trump-Pence plan for America vs. the Biden-Harris plan.
The president has repeatedly affirmed that jobs, law and order, the prioritization of Americans, etc., are critical parts of what his administration is all about. Meanwhile, Biden and Harris are on record defending mobs, calling for the punishment of police officers, and backing policies that will ship jobs over to China. 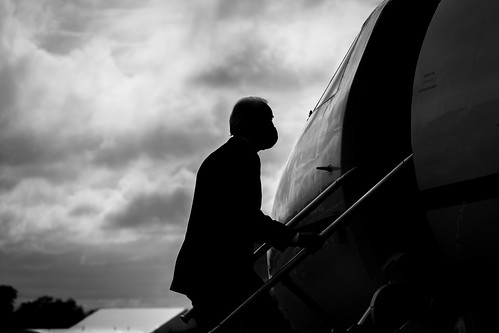 “Pizza Delivery and Visit with Local Fire” (CC BY-NC-SA 2.0) by Biden For President

On Labor Day, President Trump addressed the American people from the White House, Fox News documents. During his speech, Trump warned the nation about the socialist policies that Biden and Harris would bring to the nation if elected into office.

The True Biden-Harris Plan for America

Joe Biden’s selection of Kamala Harris as a vice-presidential candidate served as a critical point of the president’s address. Trump warned that Harris has “the most liberal” voting record in the Senate and that having her as vice president would reflect that.

Senator Kamala Harris is one of only 10 Senators to vote against the #USMCA, putting the radical left environmental agenda ahead of Wisconsin dairy and Wisconsin power. pic.twitter.com/blJlootubQ

After warning that the 2020 presidential election is the most “important election in our history,” Trump vowed to maintain American energy, manufacturing, and our nation’s economy. The president then contrasted his promise to keep the nation thriving with the events to come if Biden weasels his way into the presidency.
Under a Biden presidency, Americans would lose jobs to the Chinese government; additionally would come a stock market crash and a possible second shutdown of the entire country.

On Labor Day, both the president and vice president spoke out against the Biden-Harris plan for the nation.
Since then, both Joe Biden and Kamala Harris have pushed back; both members of the Democrat ticket are working to convince the country that they’re fighting on behalf of American workers.

Here’s what separates @JoeBiden and me from Donald Trump and Mike Pence: We know that educators, electrical workers, and working Americans are the true backbone of the American economy—not CEOs and hedge fund managers. And when elected, we will work every day to deliver for them.

Both Biden and Harris used Labor Day to assert that the Trump administration doesn’t value working-class, middle-class, and essential workers; of course, this is simply not true. Since the president’s time in office, he’s worked on lowering taxes for American workers, growing the economy, and increasing the available jobs within the labor market.
What do you think about President Trump’s warning to the nation regarding the Biden-Harris agenda? Do you believe Biden and Harris are fighting on behalf of American workers? Be sure to let us know where you stand down below in the comments section.